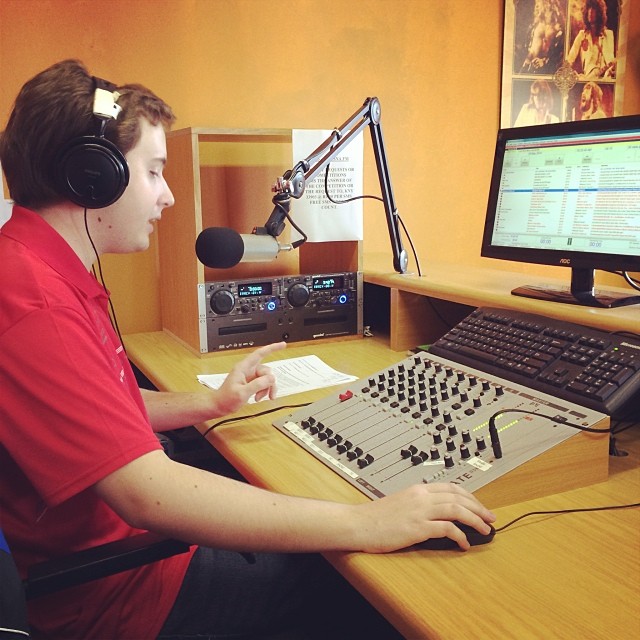 From “broadcasting” in his room to his friends at the age of 13 with a plastic microphone and 2 portable CD Players, to becoming the weekday mid-morning presenter on Knysna FM 97.0 & MC 90.3FM… It’s clear to see that Eon Engelbrecht breathes radio and is right at home behind the microphone.

Eon joined Knysna FM in 2011 as a weekend presenter and has since moved up the ladder as the mid-morning show host (weekdays from 09h00 – 12h00), as well as the station’s Production Manager and Music Compiler.

You will also hear him on a Saturday afternoon from 12h00 – 13h00, counting down the week’s 10 biggest pop songs on the Garden Route Top 10.